Last week my husband Alex and daughter Isla made a short trip to Rome. Here are some of their photographs and thoughts on the experience. 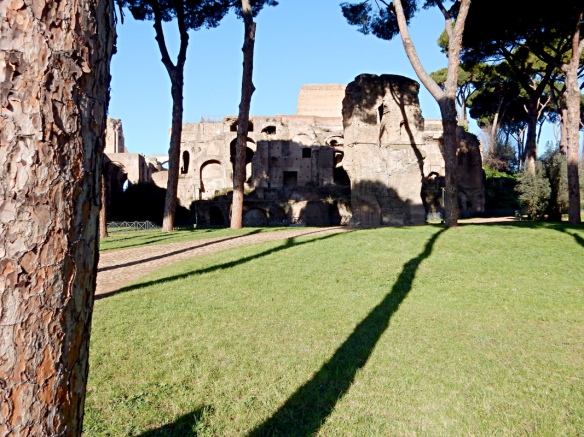 You cannot do justice to all that Rome has to offer in three days. We tried to cover just a few of the tourist highlights but it was more of a brief introduction than a chance to understand this historic city. Visiting in January has the advantage that the sites are much less crowded but you can end up arriving during a cold snap as we did. The bright sunshine in our photos does not convey how cold it was, with ice on the puddles and a biting wind (we passed on the gelato!)

The Palatine ruins were much bigger and more interesting than anticipated. We were left feeling we should have done much more reading before the visit.

The low morning sunshine made for some dramatic shadows 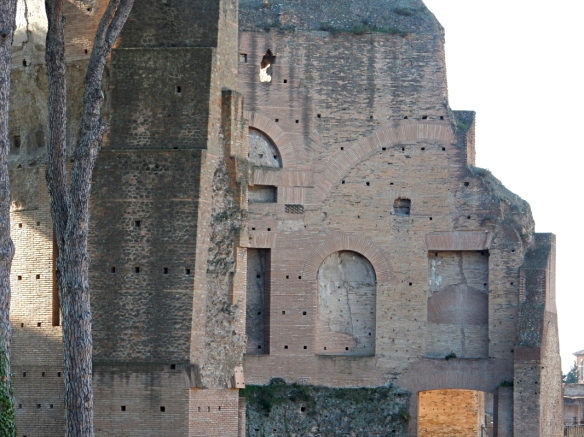 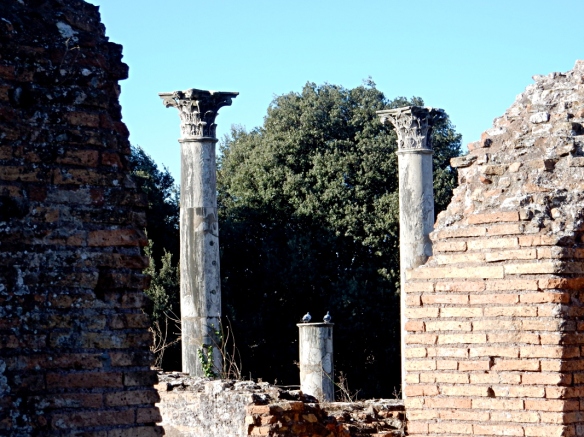 We both found the Roman Forum a real challenge to the imagination. You try to picture it as it must have been in its heyday but also as it was in the dark ages, buried under soil and used for grazing animals.

The Colosseum – Rome’s equivalent of Wembley Stadium but a bit more gruesome! 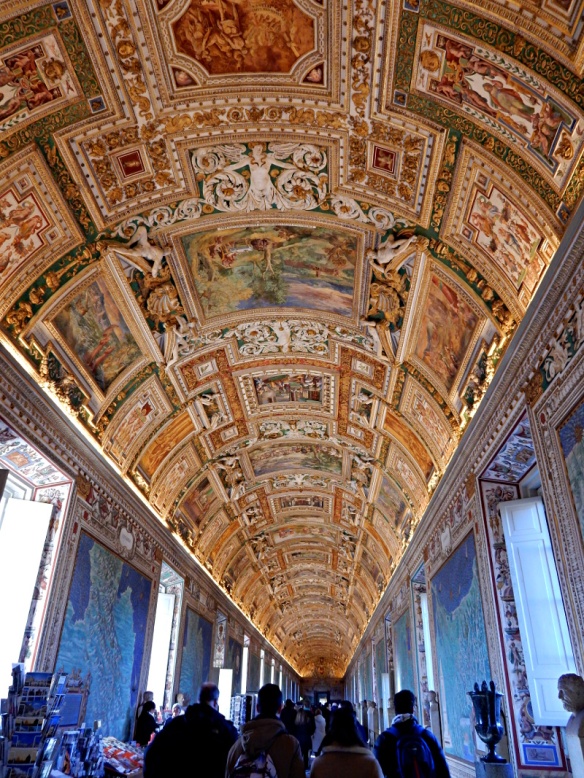 Vaticam Museums – The Hall of Maps. The Museums gave a feeling of decoration gone mad. After a while the obsessive covering of every surface with paint or gilding began to feel oppressive

The decoration of the Vatican Museums varies wildly in quality but offers lots of amusing details. This very human lion sitting by his St. Jerome caught our eye 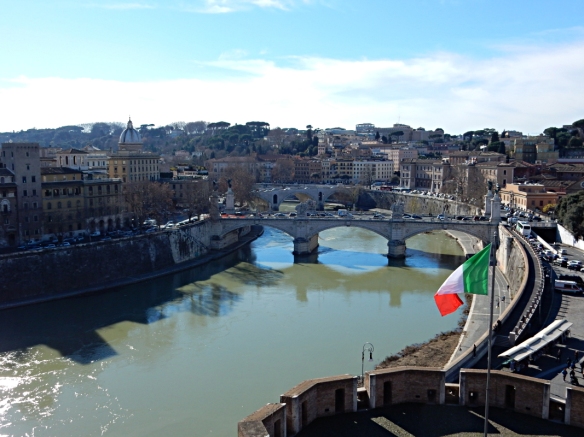 The Baths of Diocletian

On our final morning in Rome we visited an unexpected gem, The Baths of Diocletian. Built around 300 AD this vast complex offered bathing for several thousand people and it really brings home the scale that the Romans built on. Equally impressive is the sensitive reuse of the buildings. (Building onto historic ruins rather than knocking them down to build afresh seems a notable theme in Rome.) Around 1563-4, Michelangelo worked to convert the ruins into a church (Basilica of St. Mary of the Angels and the Martyrs) and a monastery. At the age of 86 this was his last architectural project. He placed the new building work inside the original walls leaving the Roman brickwork exposed which works beautifully. Today the Basilica remains but the rest of the complex has largely been converted into part of the Museum of Rome. 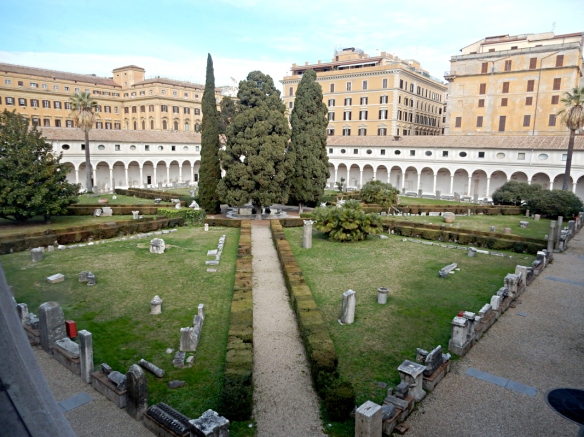 Michelangelo’s Cloister – Part of the monastic complex at the Baths of Diocletian, now part of the Museum of Rome

Among the sculptures are many wonderful grotesque heads 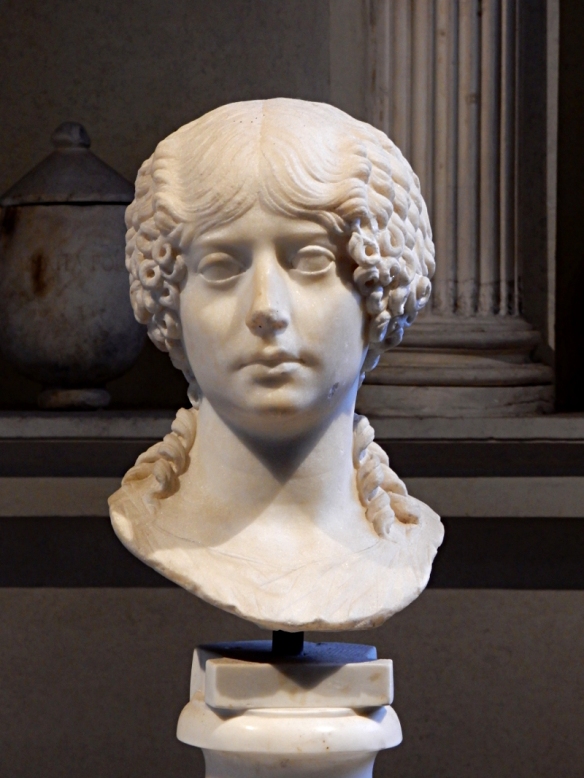 A display of child’s heads was very moving and powerful

On the flight back to London, Isla amused herself by composing a series of Rome-related acrostic poems. Here is one inspired by the Diocletian Baths and the display of child portraits shown above:

Dismembered heads seem entirely
Innocuous until the
Object in question is a
Child. Pale lips an eternal moment from speech,
Locks of hair unmoved by chill breeze, and
Eyes never carved to completion.
They loved this face enough to make it marble. While the laughing boy
Is now forgotten, love
Anchors to his every
Nick and fracture.

2 thoughts on “A Trip to Rome”